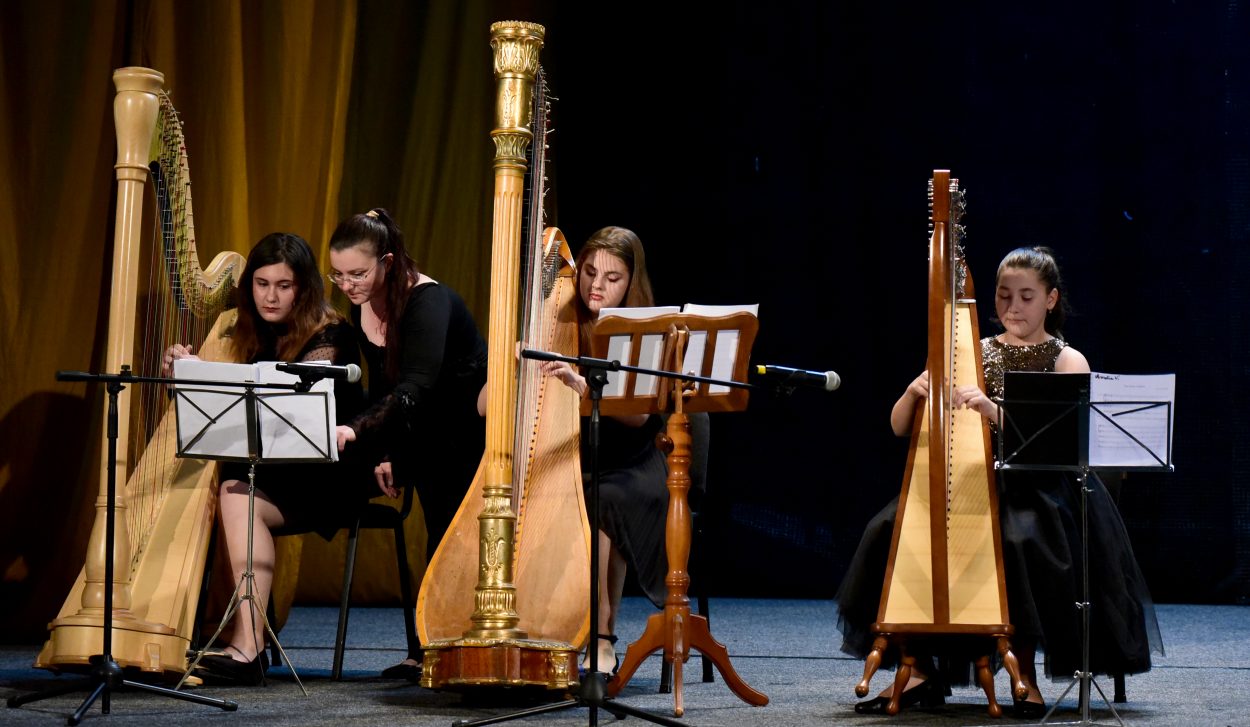 Madalina Pasol was born in Bucharest, Romania. After graduating from the „George Enescu” Music High School, she obtained a scholarship to the University of Arts in Berlin (Universität de Künste Berlin) – Germany, in the class of Prof. Georg Sava and then in the class of Prof. Pascal Devoyon. For special merits, Mădălina Pașol obtains the scholarship „Nachwuchs Förderung Stipendium – NaFög” of the German Cultural Senate offered for Master’s courses, as well as the diploma of Concert Pianist.

In her tours, Madalina Pasol has performed as a soloist, or in chamber ensembles with world-renowned soloists and artists such as Clarinetist Giora Feidmann in the Berlin Philharmonic, Jakov Kreizberg and the Berlin Comic Opera Orchestra, Berlin University of the Arts Orchestra.

Between 2010 and 2014, Mădălina Pașol was a doctoral student and teacher at the University of Music in Bucharest.

In May 2016, Madalina Pasol, concert pianist, was invited to give a recital at the Romanian National Bank on the occasion of celebrating 35 years since the astronaut Dorin Prunariu’s flight into space.

Since 2014, Mădălina Pașol is dedicated to promoting young talents, Romanian artists and national cultural values ​​on a regional and international level within the Institute of Arts, with the position of president of this Institution. The Institute of Arts is a partner of the Sommerkonzerte Bode Museum Berlin – Germany, the International Competition in Craiova, the International Competition „Tudor Dumitrescu”, the Festival „PianoMarathon” – Bucharest. Through cultural initiatives such as „Piano – Play me – SING!”, In collaboration with Metrorex – Bucharest, and educational concerts at the Music Film Festival 2015 organized by ARCUB, the Institute of Arts has become a cultural institution shortly after its establishment. promotes art and culture in unconventional spaces, so that culture becomes a good for everyone.

In 2016, Mădălina Pașol collaborated with the National Bank, the “Music Film Festival” – ARCUB where she performed the PI Tchaikovsky concert with the “George Enescu” Philharmonic and debuted at the Ferentari Edition 1 Jazz Festival with a jazz music program . In September 2017, she participates in the „George Enescu” Festival together with the Chamber Orchestra of the Romanian Broadcasting.

In November 2019, she resumed the activity of the music salon „Chopin & Champagne” initiated in Berlin in 2004, during her studies. The 2019-2020 season offers master classes and recitals and concerts dedicated to celebrating the birth of Beethoven.

Mădălina Pașol has given masterclasses, concerts and recitals in Europe and Asia and has been invited to the juries of national and international piano competitions.