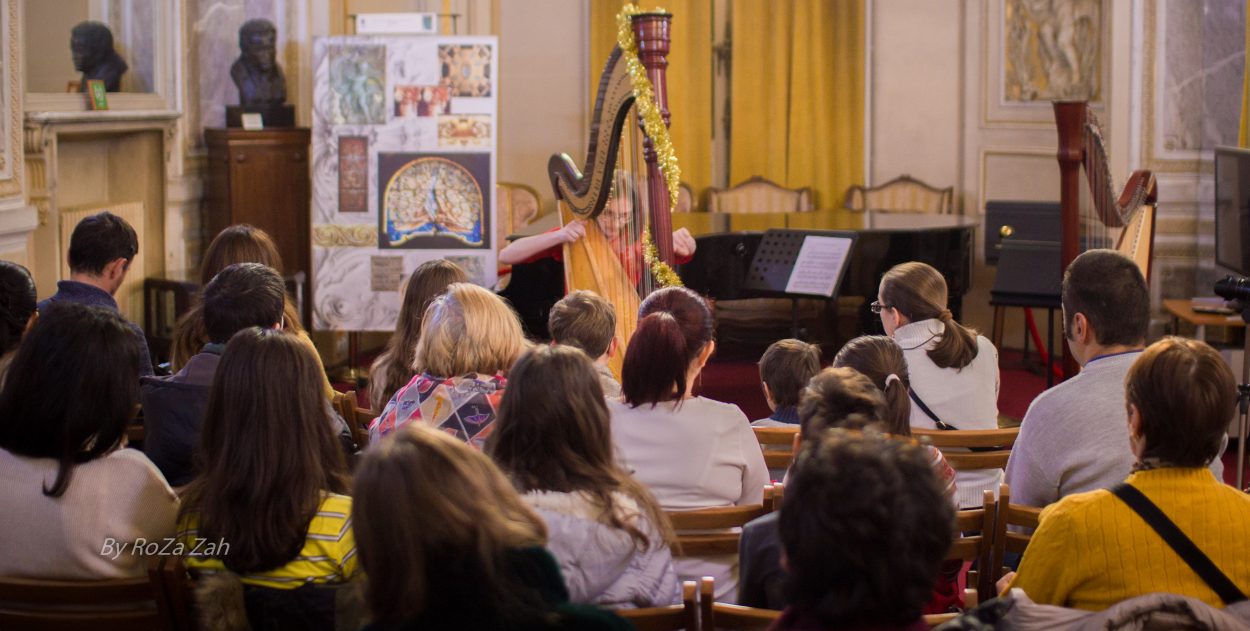 The pianist Corina Ibănescu was born in Braşov in a family of intellectuals (father doctor, mother teacher), great lovers of arts, and studied piano at the Music School in her hometown with the pianist Horia Cristian, prof. Cornelia Orban and the pianist Gabriela Popescu. She continued her studies at the National College of Music „George Enescu” in Bucharest under the guidance of renowned professor Ludmila Popişteanu. She is a graduate (with 10) of the Music Conservatory „Ciprian Porumbescu” in Bucharest (piano specialization, prof. Univ. Sandu Sandrin). She attended piano lessons at the Mozarteum Academy in Salzburg, Austria, under the guidance of the famous pianist and conductor Carlo Zecchi.

Presently, Corina Ibănescu is a professor at the „Transilvania” University of Brasov, the piano chair of the Faculty of Music and associate professor at the „Tudor Ciortea” Music High School in the same city, supporting masterclasses and piano workshops in the country , being invited annually in juries of national and international contests from Brasov, Sibiu, Bacău, Bucharest, Piatra Neamț, Târgoviste, Iasi, Suceava, Arad, Deva, Râmnicu Vâlcea, etc.

Corina Ibănescu has a great concert activity as a soloist of the symphonic orchestras from Braşov, Oradea, Craiova, Târgu-Mureş, Ploieşti, Botoşani.

She collaborated as a pianist in several recitals together with the violinist Florin Ionescu-Galați, the cellist Anton Niculescu, mezzo-soprano Ruxandra Donose and others.

She also performs a rich chamber music concerts activity, in the country and abroad. She performed recitals in Austria, England, Cyprus, Italy, Czech Republic, and performed concert tours in Germany, where she held 130 recitals as a member of the chamber ensemble (dixtuor) „Gh. Dima” of the Philharmonic in Brasov. She was remarked as a stand out piano accompanist and she was required in this position at the international violin competitions „Jaroslava Kociana” (Usti Nad Orlici, Czech Republic) and Tunbridge Wells (England) and in the artistic masterclasses of the Faculty of Music in Brasov.

She is a member of the „Kronstadt” Trio, of the Mozart Romanian Society, of the RoSME (Romanian Society for Music Education), of the Union of Interpretative Creativity of the Romanian Musicians (U.C.I.M.R.), of the Procult Vest Association from Timișoara.

In addition to her concert activity, Corina Ibănescu also has a valuable pedagogical activity, with students, gaining 250 national and international awards in the last 20 years. In recognition of his pedagogical performances, she was awarded numerous diplomas of excellence from Radio Romania Musical, the „Remember Enescu” Foundation, the Arts Forum Foundation for Culture and Heritage, the City Hall of Brasov etc.